History of the pork scratching 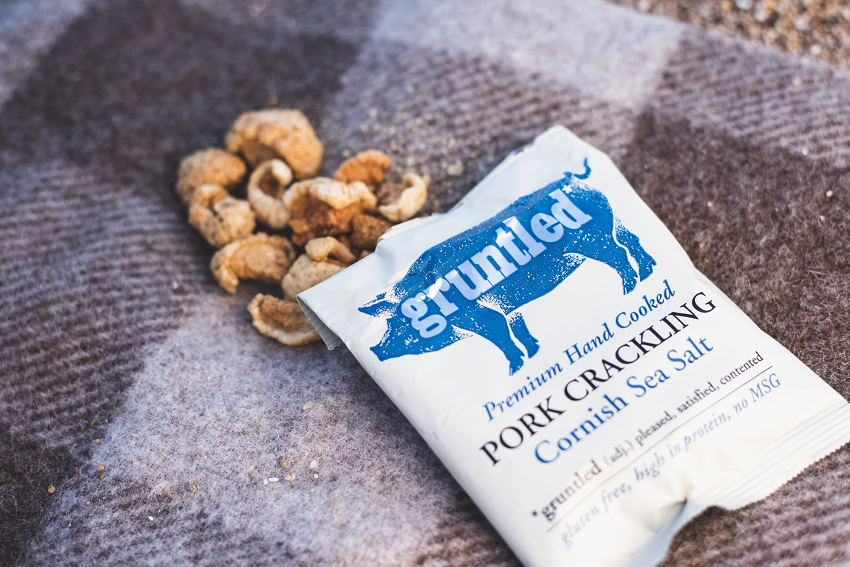 The humble pork scratching has been part of the English pub culture for as long as any of us can remember, but where did it all start?

Scratchings and crackling are still to this day predominantly made in the West Midlands, in the Black Country – named after its roots in the industrial revolution when it was said the area was covered in grime and soot.

Evidence shows the porky snacks were consumed in the region as far back as the early 1800’s. Families kept their own pigs at home, food being scarce meant no part of the pig was ever wasted, and with rind being high in fat and protein, the famous Pork Scratching emerged.

Butchers began selling scratchings and later crackling in the 1930’s, sometimes hot, and more popularly, cold in a paper bag and lightly salted – not a far cry from the popular snacks we love and enjoy today.

On an honest note, whilst we Brits like to think we discovered everything – the truth is that, as long as there have been pigs, fire and hungry people, then there would have been some kind of representation of scratchings being consumed anywhere. If you travel to Mexico or the US, you will find the greatly popular chicharrones being enjoyed – and they have been for hundreds of years! A Legend has it that a Spanish farmer discovered chicharrones in the 1700s after his hog rubbed its skin off while using a tree as a back scratcher. The skin baked in the sun and smelled of delicious bacon, the farmer tried it and couldn’t believe the amazing taste.

If you go to Indonesia, you will come across krupuk kulit – made from the soft inner skin of cattle, diced, and sun-dried until it hardens. The diced and dried skin is then fried in vegetable oil and resembles our own pork crackling in texture. According to a culinary historian, krupuk has been around since ancient times in the Javan culture since the 9th or 10th century. Today it is usually served as an accompaniment to dishes or served in a spicy stew. There are similar dishes across much of the far east, including China, and whatever their story – they have been enjoyed for a long time. 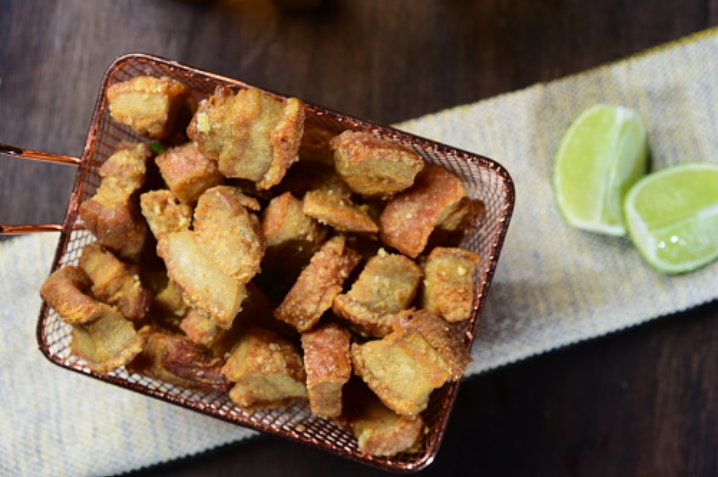 What is the difference between English pork crackling and pork scratching?

Well, pork crackling is a lighter pork snack made by twice frying pig’s skin taken from either the shoulder or the shank. The second cook is more of a flash fry and causes the skin to inflate, adding more air to the product, making the crackling lighter and crunchier than pork scratchings.

Why are pork scratchings the healthier option to your regular packet of crisps?

Pork scratchings are high in protein and fat; hence they are popular with followers of the keto diet. However, two thirds of all the fat in pork scratchings is mono and polyunsaturated fats, which makes it beneficial for heart health. They are high in collagen, which is the most plentiful protein in the human body, found in bones, muscles, skin, and tendons. It is beneficial for muscle repair, and a good balanced diet. 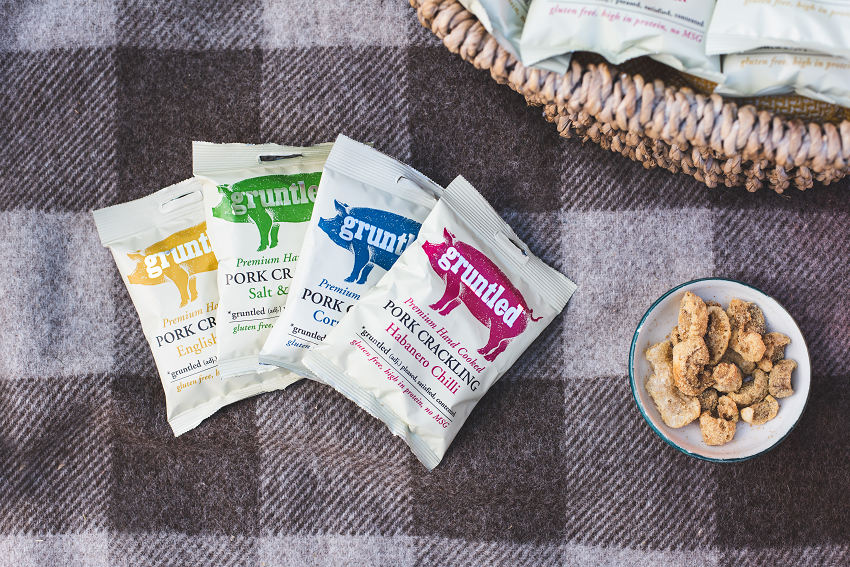 How To Stock up on Gruntled pork scratchings today

Delicious Ideas Food Group supply snacks, confectionery and beverages including Gruntled to thousands of sites around the UK. If you are a hotel, pub, café, co-working space, deli, farm shop or more, set up an account here and get wholesale deliciousness delivered to your site today! If you have any questions or just want to find out a bit more about our service, get in touch with a member of our sales team today on 01733 239003.